Also, Islamist and rightwing extremists are documented as main threats in detailed security reports, as other groups do not even rank in the same risk category (e.g. “93% of Black Lives Matter Protests Have Been Peaceful” and the other 7% are convoluted by false flags and violent right-wing opposition).

Are you more likely to believe a prince in Africa is coming to give his wealth to you (get rich quick), or that AntiFa is coming to take your wealth away from you (get poor quick)? American cognitive trust has a dangerous vulnerability called… bias.

Another interesting area of cultural relativity is notions of trust. The following HBR study of “Getting to Yes Across Cultures” may help explain why the 419/AFF scam is so effective on US targets.

Our research since 2005 has shown how the 419/AFF attack uses an emotional appeal mixed into a cognitive blindness test to disarm even the most rational, trained and intelligent people.

On the above linear chart you perhaps see the issue more easily (note the spread between US and Nigeria).

A purely emotional appeal alone would not work on the cognitive end, since affection sits far away on a trust spectrum for business deals that require a cognitive-style presentation. That is why people assume intelligence is a defense and they are invulnerable by being typical rational thinkers.

However, the emotional appeal becomes very dangerous, weaponized if you will, by building a short-cut bridge to the other end based on a vulnerability in cognition (cognitive bias). It’s dangerous because each end has its own set of expertise, tools and skills to stay safe.

Thus, evidence of bias should be seen as a key predictor to unlock why highly intelligent people still may be vulnerable to emotive fraud campaigns that bridge the two ends (e.g. AntiFa, AFF). Victims act when they have impulse/motivation towards an emotional appeal that has successfully breached their attention, such as greed or fear.

Again, it is wrong to think that intelligence or success in life is an antidote to these attacks. Someone wise to their own world of defense, law, finance, medicine, etc. is actually at high risk to develop a false cognitive trust when they harbor a bias.

In the case of AFF that bias tends to be ignorance about blacks and specifically Africans (racism), which means victims believe a rich prince or relative of a dictator really might have some money that needs laundering. We’ve seen a lot of this cognitive bias attack since we started formal research on it in 2005.

The movie “Coming to America” gives a good sense of what some people in America would not register as a comedy but think actually how the world works. 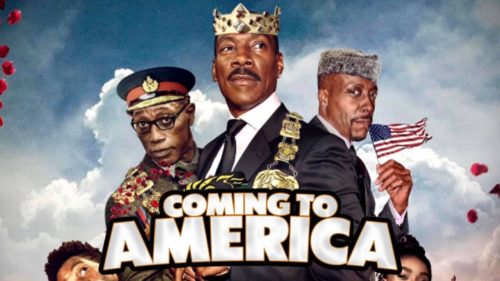 More recently, in the case of AntiFa, we’re seeing a new bias vulnerability. It looks to be class-based ignorance (modern versions of racist McCarthyism, or misogynist Birchirsm) with fears of progressive movements causing loss of establishment power. Targets are triggered by the idea of impoverished youth redistributing power (perceived loss) and threatening assets or disrupting sense of control.

Narratives warning of AntiFa seem to have the same attack patterns as AFF that engineer target behavior, yet the complete inversion. While “Coming to America” comedy is about joy from sudden wealth, the AntiFa story is fear of sudden wealth loss. Perhaps a new and updated movie is needed.

It is an emotional appeal to a deep-seated bias why we see far-right sympathetic Americans ignore report after report that AntiFa is not a threat, while ignoring the obvious and mounting deaths from far-right terrorists:

Perhaps most convincingly to the unbiased thinker is a simple fact of history that AntiFa is “anti-fascism”. While it promises to negate threats to life it offers little or no substantial directive power towards any political movement even during troubled times.

…the labor movement’s failure to defeat Hitler and the fact that Germany had required liberation from without drove antifascists to a largely reactive policy, vigorously pursuing former Nazi officials and purging society of collaborators, but neglecting to build a plausible vision for a “new Germany” beyond both fascism and Cold War machinations.

Being anti-fascist thus is a negation of fascism, and historically has lacked the vigor for anything more directed. At best it is a centrist’s guard rail against extremism, because it serves as movement towards defense of basic rights. At worst it’s a nuisance cost when property needs restoration. It’s the opposite of any generalized threat, as it mainly negates an actual and specific threat called fascism. Here are two historic examples that may help clarify:

First, Birchirism manifested in being anti-ERA. That didn’t mean it was not a threat but rather begs the question of whether its negation of equal rights can be taken as such a generalized threat that it demands militarized violent response and classification of being anti-ERA as a form of terrorism?

Second, AntiFa is like calling the seat belt an anti-head-injury movement. Does it threaten American freedom to stop deaths of Americans? There were indeed Americans who used to argue against seat belts in this way (and against air bags, for that matter) yet it turns out seat belts enabled freedom by preventing huge numbers of dead (and yes, death is the most definitive end of freedom).

Of course, it is still true there are both dictators in Africa attempting to launder money (gain wealth) as well as youths attempting to stop fascism (redistribute power) when they see it. The point is not to say these are untrue facts, rather to say that a grain of truth can be made explosive in asymmetric information warfare and turn facts into completely false narratives.

U.S. Department of Homeland Security and others are running around trying to make AntiFa into some type of grand, orchestrating terrorist org that’s a threat to the US. This is not true. They do show up in a semi-organized fashion to physically oppose those they consider “fascist”. I don’t condone any violence in our streets but when it comes to being a national threat, they are very low on the priority list, unless of course, you’re a fascist.

Americans on average are no more likely to get rich from African dictators laundering money than they are at risk from liberal youths storming their McMansion walls to take wealth away in the name of racial justice. However, in both cases cognitive thinkers can be seen flipping into very emotional yet unregulated territory and being set up for errors in judgment (manipulated by threat actors hitting them with “get rich/poor quick” attacks).

One thought on “Cultural Spectrum of Trust”