I think it safe to say these results from Austin Texas’ new red light traffic cameras are not what anyone expected:

At seven of those intersections, the number of accidents has dropped. But at two intersections, authorities have actually seen a significant increase in crashes.

It does not give details on the kind of crashes.

Then again, maybe someone saw this coming. A 2005 report in Virginia says a risk trade-off comes into consideration because cameras cause new types of accidents.

Further the data show that the cameras are correlated with…an increase in total injury crashes. More time is needed to determine whether the severity of the eliminated red light running crashes was greater than that of the induced rear-end crashes.

That being said, the cameras are not the only control factor. Some might say they are for detection as much or more than prevention. A 2004 Texas study argued that increasing the yellow-light interval by a second is what will reduce overall crash numbers. 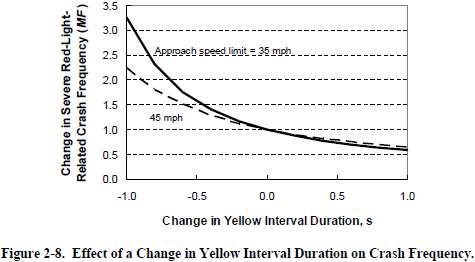